I just finished several pieces of armour for the Prussian Empire of Dystopian Wars. This is the A9-V Sturmpanzer, a large capital class landship. It is armed with four turrets with heavy cannon, twelve smaller cannon, one massive Tesla cannon and several smaller Tesla coils in broadsides. 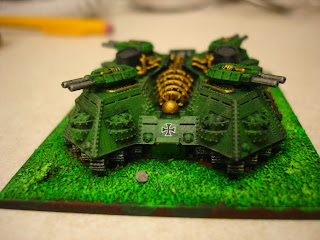 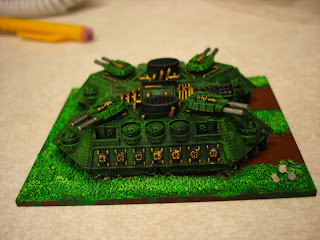 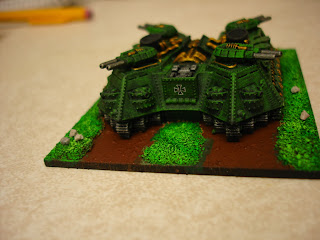 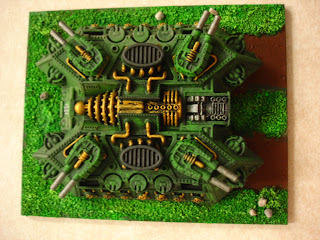 Looks fantastic! The basing is particularly effective - it really looks like its ripping up the earth!