I pulled the trigger on backing the Victorian Science Fiction/Horror skirmish game Empire of the Dead today. West Wind Productions produces the game and figures, and I have been interested for a while now. The Kickstarter Project for Requiem pushed me over the edge. I simply must have some of these models. I pledged £106 to get figures, rules, and two Hansom cabs. That's about $160, so I hope my wife doesn't notice it...
I really like the Tesla Projector model in the set below. And I would like to have Mr. Brown as well, to provide security for Her Majesty, God Bless Her. I already have a model of the Grandmother of Europe, though. 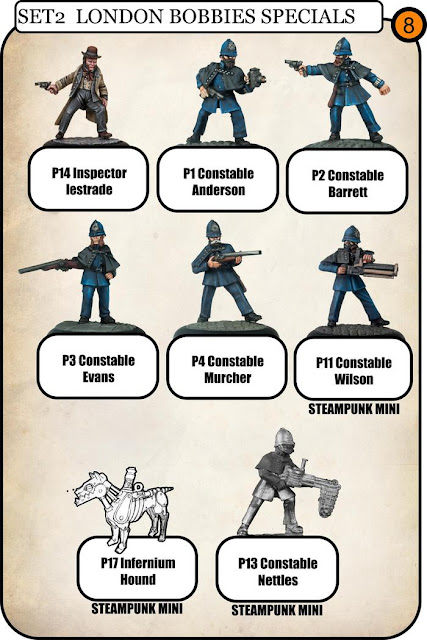 The Infernium Hound sold me on this set.
I hope I can talk them into selling me a few more as single figures.
[Editor's Note: These photos are obviously not my own, but taken (with permission!) from the Kickstarter Website. These are just some really awesome models, and I want to share them with the VSF comunity as much as possible in my little way. Thanks, and good night.]
Posted by J Womack, Esq. at 11:08 AM 2 comments:

That's right, a new sort of Martian Johnny is running about the Red Planet. An ancient race, they were recently discovered, and now we bring the news to you, our dear readers. 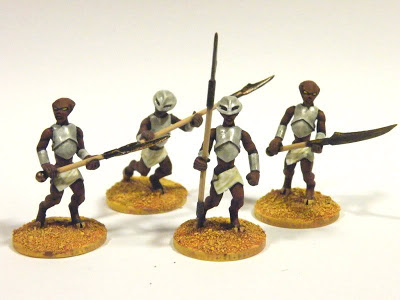 Only time will tell if these Martians be friend or foe to Her Majesty's Crown Colony of Mars. More information about them can be found here.

[Editor's Note: This is a range of Martians that I just found. They are produced by Red Planet Miniatures, which seems to be a small operation out of the UK. The basic infantry pack is 8GBP for four multi-pose minis. I like them - they are different! If only I hadn't invested so much into my Parroom and Space 1889 Martians. I may pick some up anyway, because they are quite cool.]
Posted by J Womack, Esq. at 11:51 PM 2 comments:


The following picture is of a piece of cloth that I purchased and dyed, hoping to create a useful sea mat for Dystopian Wars. The color of the lighter blue does not show up well - it was originally white with blue zebra stripes. I think it is too busy, so it may be back to the drawing board, with $18 worth of materials down the drain.

Anyone have any ideas how to tone it down? Should I hit it with some spray paint or something? Or is this one chalked up to experience and start over?

Have any of you created a good sea mat yourself? I want some wave pattern in it, smooth finish, not rough canvas weave, felt, or flannel. Any tips for me? 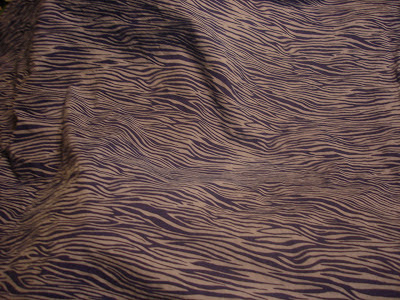 A New Direction for The Research Platoon

After years of working on Games Workshop Imperial Guard Praetorians, I have made a fateful decision: I prefer another figure. That figure is the Victoria Miniatures Victorian Guard, from Australia. The minis come in pieces, legs, torso, head and arms all separate. Among other things, this means you can have kilted legs that fit with the Victorian torsos, to add some Scots into the mix. Remember, the Research Platoon is actually made up of volunteers from multiple regiments. 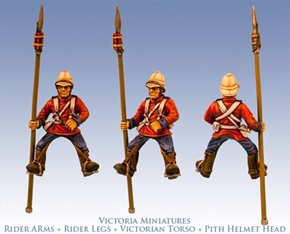 The Rough Rider Conversions.
Something I have always wanted to add. 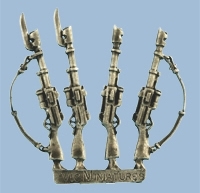 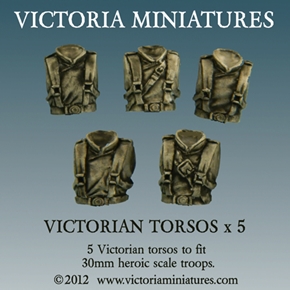 Proper webbing, and no epaulettes on Other Ranks.
All told, I figure I am going to drop about $230 on this change over, for a unit of ten cavalry, nine riflemen, two officers, a piper, eight heavy/special weapons troops, and a dozen native contingent lackeys. That does not include any changes to artillery pieces, which I do foresee, because I am also looking at purchasing some gun carriages from Curious Constructs of the UK for my artillery pieces. 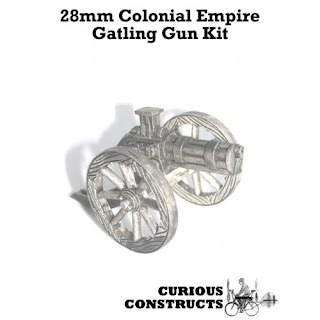 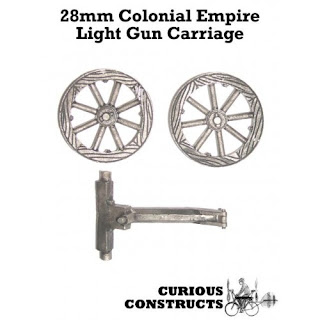 As for cavalry mounts, I have two options, both from Mage Knight. One is the steam horse and the other is a mechanical dragonfly. Maybe save the steam horses for draft animals? 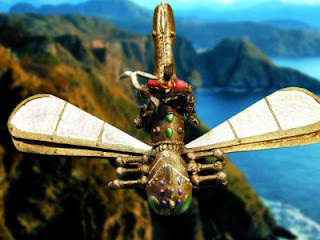 Photoshopped picture, and ignore the rider.

It just isn't fair.
The raw talent and vision that Colonel O'Truth has for the creation of truly spectacular pseudo-Victorian creations is just not fair. As exhibit A, I present to you his newest little project: Professor Shandy Tanglefoot's Over-Compensatory Death-Ray of Doom. Which he threw together in three days. Three. Days. 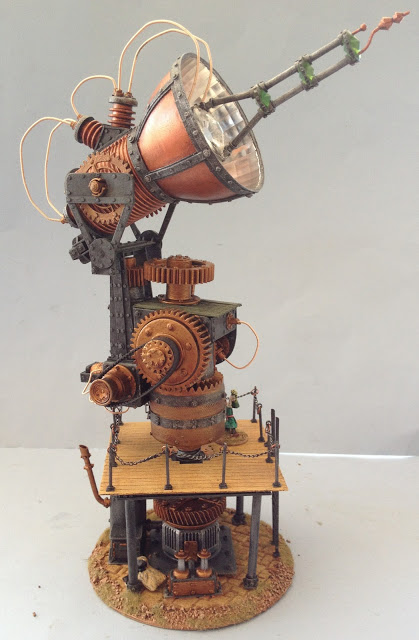 Learn more about it here.


This little tool will allow you to create a science fiction pulp magazine cover in minutes. Very snazzy, and lots of fun to play with. This took about five minutes to pop together. 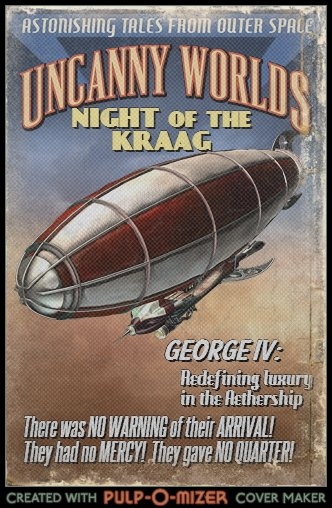 In Her Majesty's Name!

The title of Osprey Publishing's Steampunk rules set is In Her Majesty's Name. I discovered last night that there is a line of miniatures that are being produced by North Star Miniatures in the UK to go along with the game. The plan appears to be four starter faction sets, due to be released in April. North Star is taking pre-orders here, and is offering some sort of freebie for pre-ordering. I haven't got the details about that, yet.

On to the eye-candy. All photos are from North Star's website. If you own these images and would like me to remove them, please contact me and I will do so as soon as possible. However, I figure this is just free advertising. 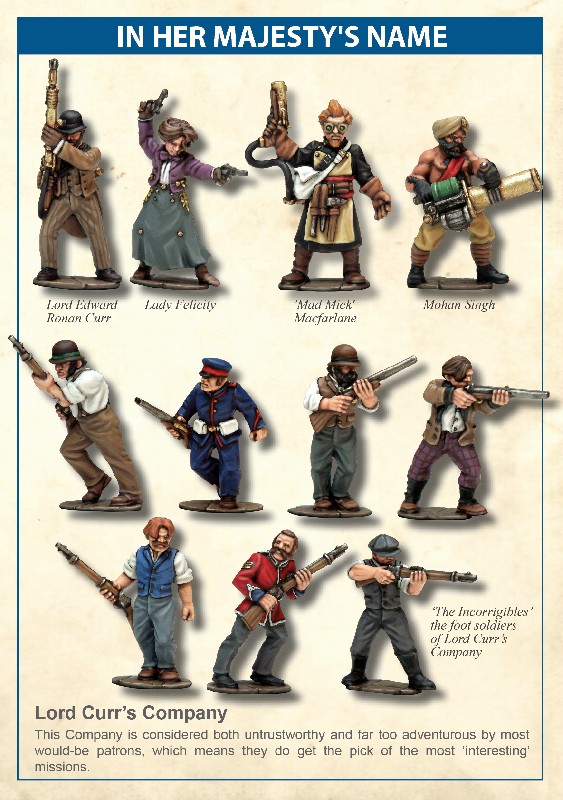 This group is my favorite. I am sure that comes as a shock to you, if you are totally unaware of my Anglo-philia. I particularly like the Irish mad scientist and the Sikh gunner. I think I can wait until Historicon to buy these. Is anyone carrying them in Historicon? Anyone? 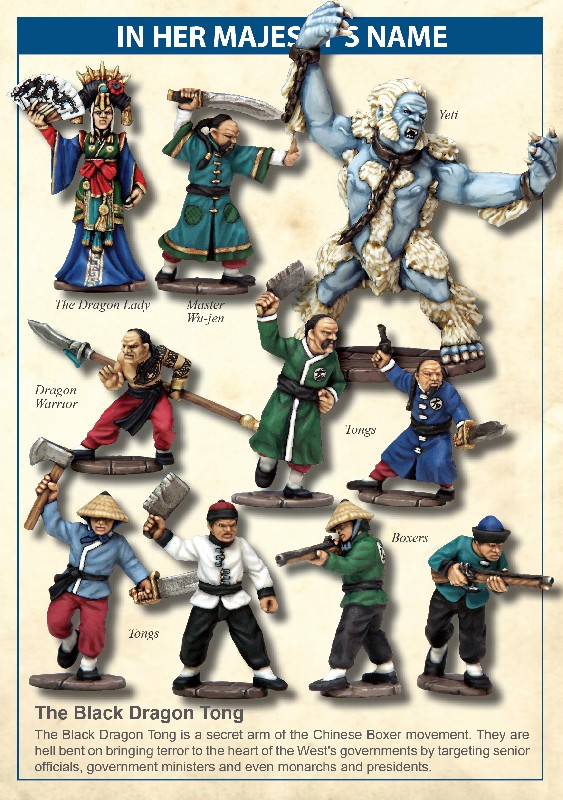 And this group is my least favorite of the bunch. Although the Yeti, the Dragon Lady and the Dragon Warrior are all interesting, I don't think I would find a lot of use for them in my current games. Your mileage may vary, of course. 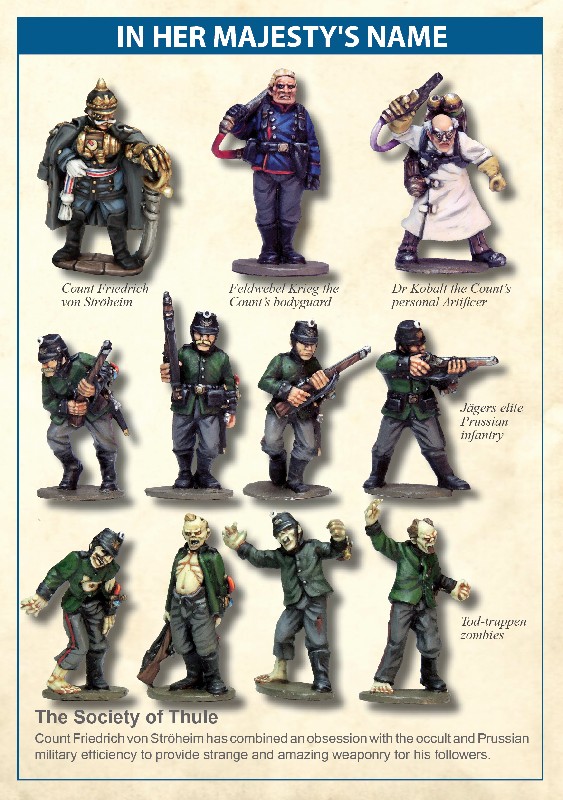 Zombies! Power-fisted Prussian junkers! Zombies! A mad scientist in a lab coat! Oh, I like these very much. My second favorite of the sets. Did I mention it has jager zombies? A must-have. 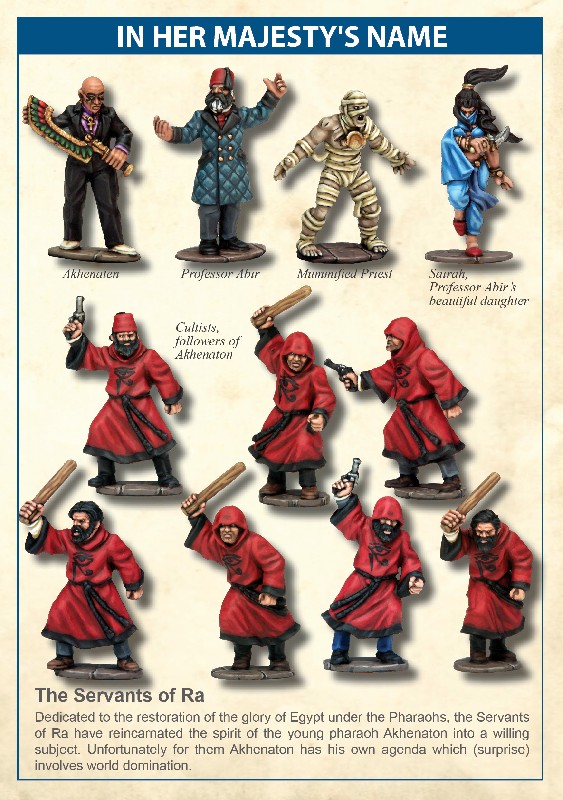 I think this group is more suited to an Empire of the Dead sort of game or even a more 1930s Pulp than it is to 'proper' Victorian Science Fiction. However, I loves me some good cultist minions, and fezzes are cool. If only he wore a bow-tie. I do like the fancy kopesh old Akhneton is sporting. If you like the Golden Dawn or secret societies of that nature, this will fit the bill I think. These will probably eventually find their way into the Lead Mountain.
Posted by J Womack, Esq. at 5:35 PM 2 comments:

While he has rather scooped me, I felt obliged to share this information with my own readers.
Posted by J Womack, Esq. at 5:22 PM No comments: