The British Empire Runs on Tea 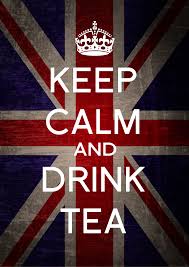 Email ThisBlogThis!Share to TwitterShare to FacebookShare to Pinterest
Labels: British

The despicable and dangerous Herr Doctor Professor Otto Maton has been at it again. A new sort of automaton was seen recently. Unlike the majority of Maton's mechanickal menace, these diabolical devices are armed with modern magazine rifles! Fearless, cold, ruthless, and deadly accurate, the Army has dubbed them 'manikins'. This journal can only hope that the Mad Belgian has reached his limits.

[Editor's Note: Sorry about the delay. Grad school has been a bit tense the last month. These fellows, the first half of a unit of ten, were painted up for Round 6 of the Lead Painters' League Season 8. One of the rules is that you can't advertise while the team is in competition, so I had to wait to post photos. Hope you enjoy them.]