Three Prussian Empire BS-3 Bombards in a battery. These self-propelled high-angle guns fire indirectly and at great range. Again, I went with the dark green paint scheme that I used on the Sturmpanzer, and that is depicted on the Armoured Battlegroup box. I probably should have gone with a grey scheme, and thought about it, but chose this one for the contrast between the armour and the brass. 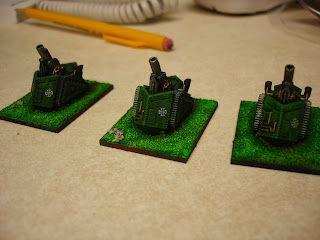 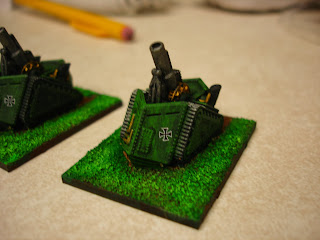