My Dog Ate It.

I love the daft little puppy (he's only ten months old) but...

Do not leave your English bulldog puppy alone in a room with figures on a table. Especially figures that are no longer available and were almost finished. Like two Parroom Station vehicles.

One was a little Martian Stinger ship, like the one I found a photo of on TMP: 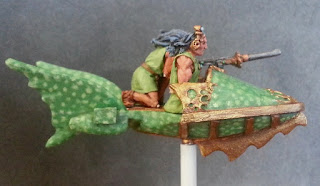 The other was a Minion quad cycle, possibly part of the Secret Science line rather than Parroom, but still. I can't even find a photo of that one online.

Oh, I feel your pain! I have two whippets.

They both seem fine. Not sure which one instigated the caper, but I am certain that Winston was in on it.