"We are poor little lambs,
Who have lost our way.
Baa baa baa..."


Sheep graze across the fields of England and Wales, enriching the nation with their woolly coats, and the soil with their rich manure. And now, they have been transplanted to the solar colonies! Also, we have pictured some native handicrafts. Though rather primitive, they do have a certain charm. 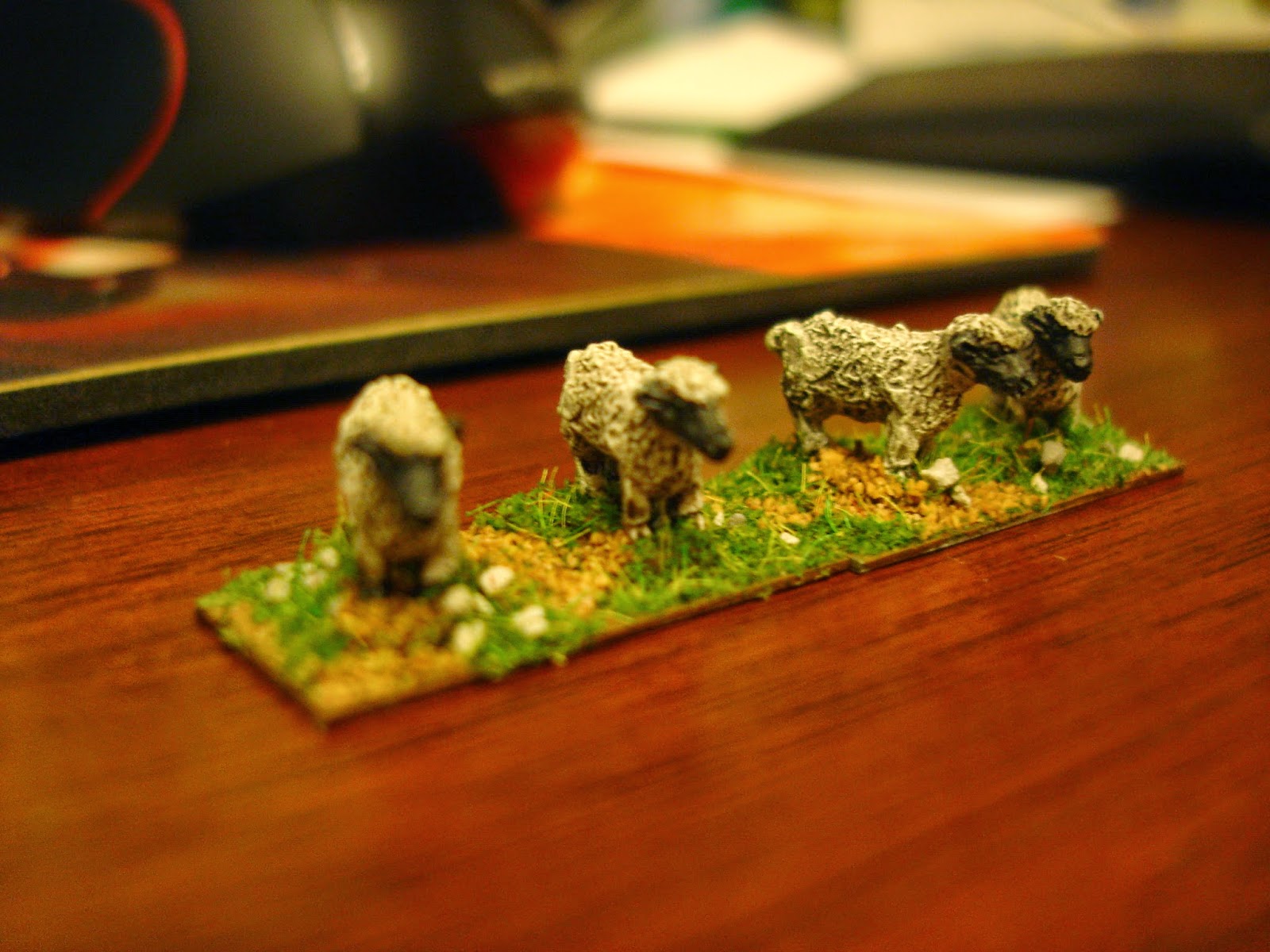 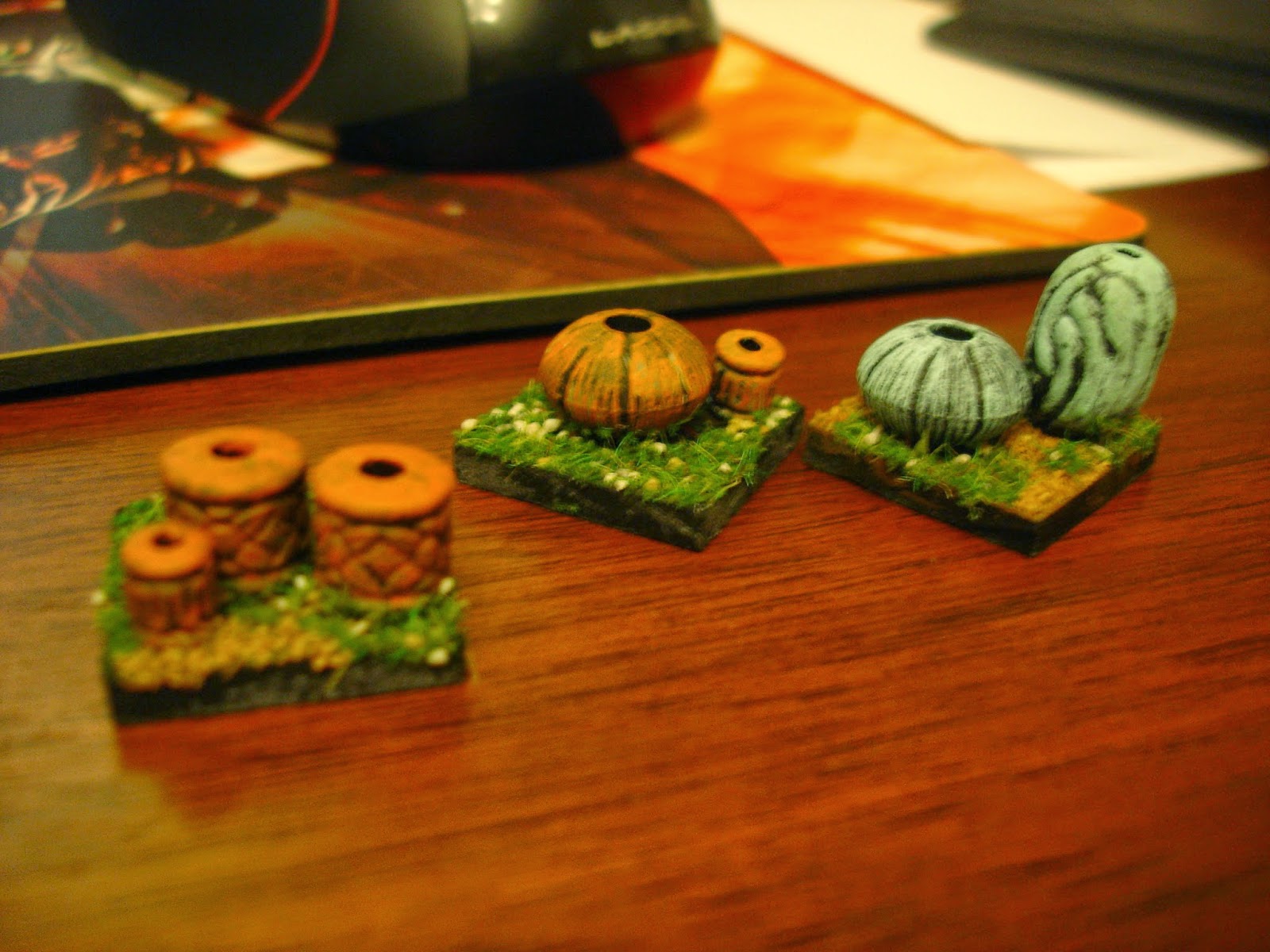 [Editor's Notes: These are 15mm sheep. Peter Pig, I think. I have them for objectives, same as the pigs I have painted previously. While these are grassy bases, I will be adding some Martian based ones as well. Attacking a food supply or economic resource is a perfectly logical reason for a raid or even pitched battle. The pots I did up from craft store beads thanks to an idea I am swiping form Frank Chadwick's VSF game at Historicon 2013. Each has a number on the bottom. When a searching figure approaches the pot, it is turned over and a chart consulted. You may find treasures, allies, traps, or foes!]
Posted by J Womack, Esq. at 9:09 PM

I've a small flock of sheep myself which seem very popular with the High Martians, yum yum ;)

Handy bits for gaming in any genre...or on any planet!