I finally finished basing and clear-coat spraying them just before we left town last Friday for a long weekend. Returning late yesterday afternoon, I was in no mood to haul out the camera and snap photos. Most of today was eaten up with a variety of chores. But this evening, I found a bit of time. Without further ado, here are the Servants of Ra, the first of three Companies I have purchased for In Her Majesty's Name. 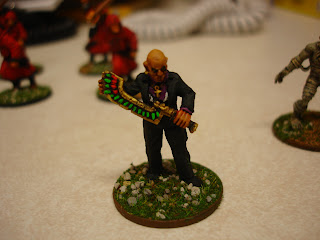 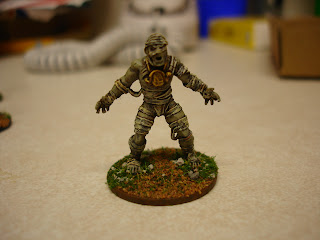 Imhotep, the mummified priest of Ra 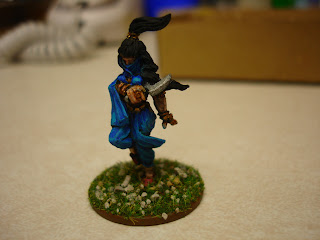 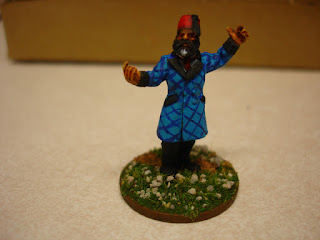 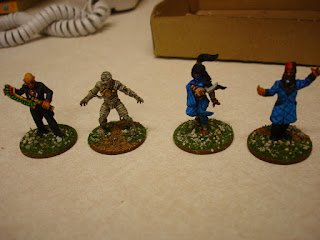 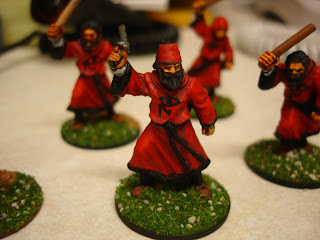 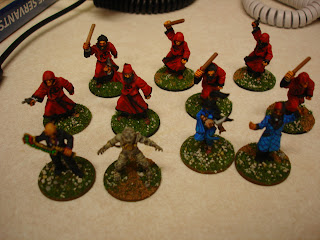 The Servants of Ra

As long as I am at it, I thought I would show you some of the terrain I finished today - a bunch of trees. I bought them at Michael's using their 50% off coupon. 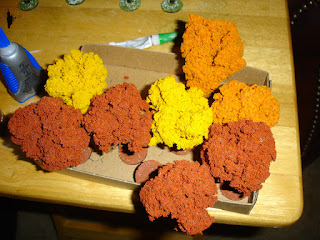 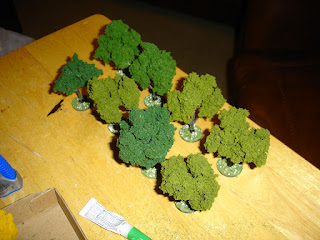 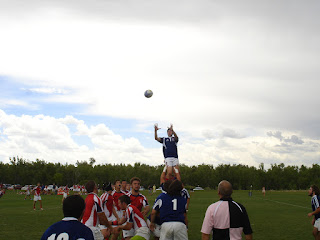 My son at the Rocky Mountain Challenge Rugby Tournament.
He's the one being lifted up in the lineout. How did that get in here?

Will the Good Professor face off against the feared Czarist agent, Count Ivan Revinskii Skovar?

They look great! Lots of character in the sculpts and in your painting. I need to look into IHMN.

I also have the Society of Thule, and Lord Curr's COmpany. When I get my Empire of the Dead Requiem figures, I should be able to make a Scotland Yard Company, and I can already make a British Rifle Company from my other VSF stuff. I need to make an Adventuring Company for Doctor Maton, too.

Oh I say, wonderful work - I really must dig mine out, if I can just remember where I put them!